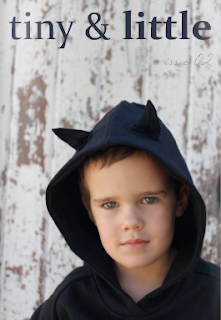 BIG has just been featured in the very gorgeous Issue 2 of  tiny and little. We took a moment to quieten the pace and relish in tiny and little’s timely theme of a slow childhood in a special edition devoted to boys.  Editor Natalie Barnes has done a great job with beautiful photographs, quotes and a gentle reminder about the need to allow time for kids to follow their own interest. We are excited to be featured in the company of so many fabulous creative folk including The Brothers Trimm,  Kickcan and Conkers and Childhood 101.

In responding to Natalie’s inspired provocation for a ‘boy’ character of our BIG imagining, we honed in on what was right in front of us and flew. The resulting story ‘Sound Flight’ can be seen on pages 22-27 and includes one of our BIG sky birds by Barney. Lilly’s work ‘toy’ (page 6-7) is the magazine’s featured giveaway so quickly flick to page 8 to be in the running to WIN!  Below is an extract from the tiny and little BIG story, docu-dreaming a day in the life of my inspired and inspiring first born son.

SOUND FLIGHT
Boy dived under BIG cover, gathering flight and feather around him. His cape billowed around his determination and he climbed the rocks without looking back, posting his secret letters in the crevices of sea snails on the way. His dad called him to come and swim; “Not now Dad, I’m busy”. He wondered who would find his message and if they would meet him at the top of the rock pile.
‘Hi’ said the bird balancing on top rock with paper scrawl in claw. “You found my note” smiled the boy. The bird settled in against the wind and stood at the boy’s feet. “I knew you would be here” the bird flew off and took the note to a place further than Boy could imagine. Clutching his cape, he sucked in a life-times breath and leapt off the side of the rock mound to land easily on the sand.  His cape as parachute now covered him in a quiet tent world close to the sea. He could hear the waves and the voices of his family playing in the surf. He wrote his name in the sand and drew an outline of the bird underneath it; it’s wings were big enough for both of them.
Reaching the shells out of his pocket he placed them on the sandy wings and took an imaginary photo with his mind camera. This would be the BEST movie he thought and drew a square next to the bird to watch the adventure unravel on the deep sea screen.
——
Back at home Boy makes it to five countries before dark.  With his band of collectibles (tree nuts meet Mario figurines meet marbles meet plastic white pencil sharpener meet rock rubble meet monkey rubbers meet bird feather) Boy is on a mission to save the world. Each bit of paper and fluff vital in the fuel for fire, play and future. The commercial, the home-made, and the collected scraps of the world ricochet together in an ‘aeroplane’ drawer (and off walls), to unknown frontiers. Between Brazil and the South Pole they take a much needed shower in the kitchen sink. Phew.
——–
Coming back to centre, Boy pauses for food and sinks into the nearest open page, pen in hand to  draw a new ‘hero’, ( then tricks his mama into playing DS via ‘story spelling practice’).
———
Dusk sees a new galaxy ground with gathered petals, flour, a kaffir lime leaf, twigs and the magical juice of an olive. The elixir leads ‘nature-man’ with his bee staff into circles of purpose around garden and evening gateway. Boy delays the days end, he practices walking with his eyes closed where his world opens in a thousand ways, words and pictures. Captivated by imagining all that he can’t see as well as all that he can. He is reprimanded in class for singing at inappropriate times.
He sings his way through the world.
Writes it as he goes.
One sound flight after another.
Immediate, loud and inspired.
So BIG.
Boy.