We are very excited to announce that Jacqui Stockdale, together with Makaela, age 8, are the co-cover artists for Treasure Maps, edition 2 of BIG Kids Magazine.

The BIG Cover
For each of the covers of BIG Kids Magazine we invite an artist to submit work in response to the theme, then we cut the image down the middle and offer it to a child to complete in their own way. In this way a brand new work is created by artist and child, revealing unfamiliar ways of seeing and mapping unexpected meeting points. This responsive collaboration between children and artists is called CARP – The Child Artist Response Project, and is born out of our drive to disrupt cultural hierarchies, bring a sense of healthy irreverence to the art world, and amplify the voices of young people in BIG ways.

Jacqui is a celebrated multidisciplinary artist living in Melbourne, Australia. She collects carnival masks, dolls and recycled ordinary objects creating new meanings by placing them next to something unusual or unexpected. Jacqui has been incredibly generous, fabulous to work with, and very responsive in the process of supporting Makaela to reinterpret her complex and poetic image.

When we first saw Makalea’s Violissa bird, we had a feeling she would be the one to respond to Jacqui’s work and sure enough her response was deeply felt, immediate and surprising – just as we had hoped for!  We cannot wait to reveal  the final co-ordinates of the CARP cover treasure and suspect you will be intrigued by it’s complexity and by Makeala’s poetic and unbridled response. 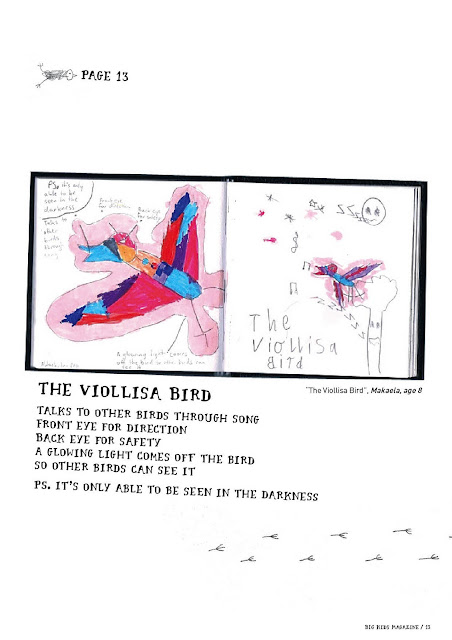