House of Dreaming. A review by Ava, age 10 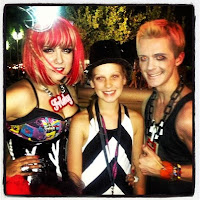 My mum takes me to lots of PIAF and Fringe World shows. We counted that we went to more than 20 different shows this year! After HO– USE OF DREAMING I went home to my mum and said it was the best show I had ever been to. I was telling her everything about it for an hour and a half…

By Ava Hart, as dictated to her mum Paula Hart:Inside the ABC studio there’s a whole house… When you look at it it’s like a normal house but it’s got a little twist – there are three doors, a giant bush and a bench. You go inside in threes and before you go into the house you are given a cape each and a bunny hat, a crown or a wizard’s hat. We were also given a little figurine each that matched our hats.

We walked into the house, each through our own door. We sat down at our own little table with a big mirror. We had been told we had to put the figurines on a white dot to turn the lights on. On the tables were postcards, pictures and a telephone. We looked at all the postcards. One said, “don’t forget to bring the parrot,” but we had no idea what that meant. We chatted to each other and wondered what we were supposed to do. Then the phones started ringing.

We each picked up our phone and our mirror showed a face. We could hear these faces talking through the phone, but each of us had our own conversation. They told us the house was magical and gave us each instructions. Now we knew to head to the next room.

The House of Dreaming, by Arena Theatre Company directed by Chris Kohn. Presented at the Perth International Arts Festival 2013 at the ABC Perth Studios.

We were three kids and we were the audience, but we felt like we were in the show. Each room felt different, but we all remembered our instructions to put our figurines on the dot to make the room work. In some rooms there were people acting. When they were acting they were telling us a story about who used to live in the house and what happened to the house. No one had lived there for hundreds of years they said. Sometimes we heard voices or saw projections. The rooms looked like real rooms and everything you could touch was like in a real room. Some rooms were so small all three of us could hardly fit in and sometimes to get to the next room we had to crawl or push through a secret tunnel. I am tall so some things felt tiny when I had to crawl through. At the beginning we were told to take our time and really look at stuff. There was so much stuff to look at that we felt like we had to rush, but we knew we didn’t because we had lots of time to explore.

The way they told the story was incredibly interesting. You didn’t just have to sit and watch the show and see what everything did. It was more exciting to touch everything and be a part of the story. I like that you did it with three people and it was exciting to talk to each other to understand the story. Everyone understood a different side of the story.

The props were really amazing in such a small space. It was exciting to see the film projected on the walls. We liked speaking to real people who were acting because they understood what we were thinking. It was really cool how they used the technology for the figurines, a TV, the telephones and stuff that popped open. It was also amazing how real everything seemed. It was funny when we started speaking to the projections on the wall because they seemed so real. At one point me and my friends were laughing so much because it felt so real. In one dark, black room it smelt disgusting like smoke and fog and yucky stuff. In one room we had to write down our dreams.

It was REALLY good to go without a parent. Parents would tell you how to do it, but it was really good to explore on our own! 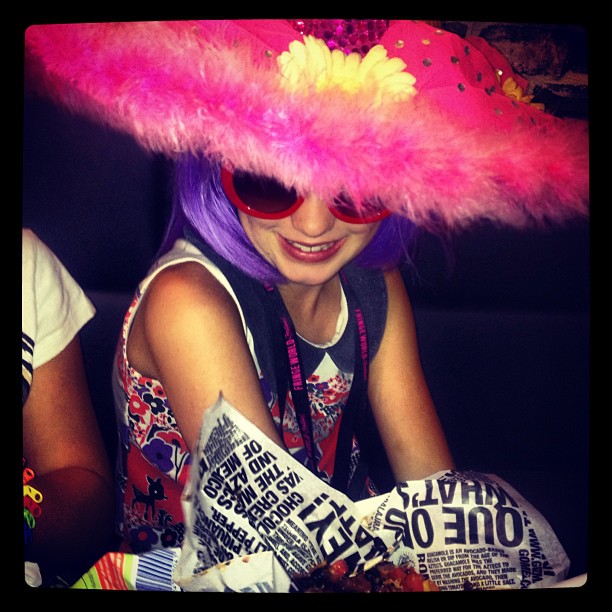