When Debra Batton first heard of the Mother Artist Network and BIG Kids Magazine she claims to have been extremely jealous that she didn’t think of it – but there isn’t much that Debra has not thought of. She is a performing artist, brave inventor and acclaimed director. Debra creates gravity and genre defying works for the Australian and international stage. She is currently the show director of Circus Oz and curator of her own remarkable program as an independent artist. 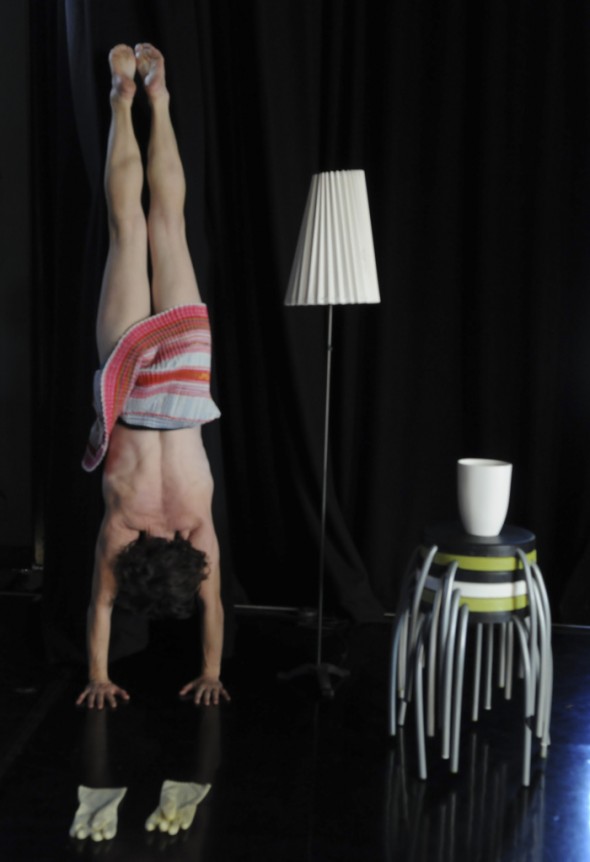 Imagination is a reaching out toward understanding the unfathomable or a blurry idea / need, surrounded by clutter in which there exists a hunch that suggests a possibility that requires attention

Generosity is remembering to enquire rather than pre judging

As a young woman influenced by feminism, I was determined to push my own boundaries and insecurities motivated by the idea that art can change the world (or at least contribute to change). Today, following a depressive period associated with menopause, I am driven by the need to make art for survival, it is as essential to me as water and air.

I had very little exposure to the arts growing up, stumbling on the Dance course at Rusden College (where I was accepted to do a BEd in P.E.) changed my life. It was one of those significant experiences that broadened my horizons and led me to numerous wonderful projects as a dancer or choreographer with amazing people.  I ‘tried on’ their processes and experimented with developing my own. One project led to another, I said yes to almost every opportunity to increase my experience in the performing arts. In my late thirties I chose to focus my attention on directing physical theatre, I was committed to the development of the art form as well as the devising process that I considered essential to create new work with an ensemble of physically based performers.

I faced a common female dilemma at thirty seven – that I was ready for a new challenge in my work (that of Artistic Director of a small to medium company) and that I was ready to have a child and I could not leave it much longer. I chose to do both.  For me all things are connected and art offers new ways of seeing / exposing these connections. I preferred to have my son around the process of making theatre but found it difficult to remain focused especially during rehearsals. Luckily he could be with dad who worked from home (often composing music for the shows) or he went to day care. However for one reason or another he has been in the rehearsal room or theatre or tent at various stages of numerous creative projects.

As a mother artist (artistic director) it was the evening networking expectations that proved to be the most difficult. I needed and very much wanted to get home to read a bedtime story and to be awake early ready to play. This also meant I had to stop actively thinking about the work at the end of the day to give quality attention when I could. I discovered the power of leaving my unconscious brain to do its work as I slept.  The next day I could stand on the floor with my ensemble of performers and know the next step without always knowing how I knew.

My son toured with us whenever it was possible, he enjoyed the community of the ‘troupe’ on the road, he was ten months old on his first tour to Brazil and some of these friends remain very close to him. He offered us a sense of perspective as work often fell into some kind of mini crisis. He has travelled to many countries, he remembers some, especially the hot chocolates of Spain. As a pre teen he developed a comfort with travelling as an unaccompanied minor so that he could meet me on weekends or school holidays. Today he picks and chooses when he joins me on tours, he is in year 10 and staying at school and being with peers has more importance.

Being a mother has influenced my artistic work, as I became a director of physical theatre I was learning to be a mother, there is no doubt in my mind that both roles affected each other, I learnt to: pick my battles; allow ideas to gradually develop from disparate sources; encourage the discovery of possibilities rather than the replication of my ideas. I also discovered that the big picture is often blurry and that sharp focus on the immediate details eventually define the art /child as it becomes itself. In the end I wonder if I had that much control over it after all.

Being a mother of a son also gives me a connection to generations other than my own as well as the technologies that excite them.

My son loved to play on the gaming console, I was often standing with folded arms waiting for this one last game to be over in order to turn it off. As I watched and waited I began to see the potential for a new performance – I realised the main character did not travel around the screen but the environments moved around it, this reminded me of a performer dancing in a harness on the wall. (we had recently made ‘Eora Crossing’ using a new aerial system developed for traversing the sandstone wall of the Museum of Sydney) My struggle with my son and his screen time inspired the concept for a new work…’On the Case’ 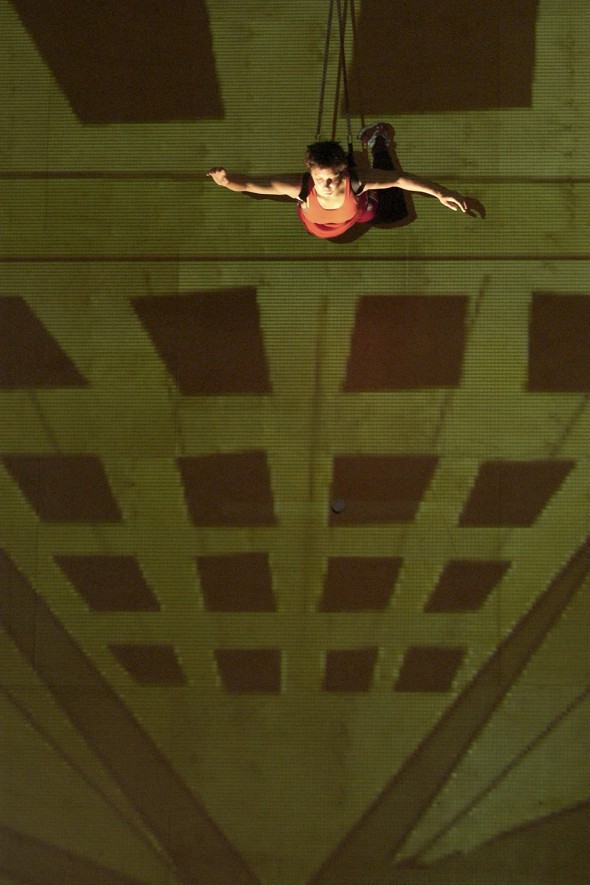 On The Case – the award winning show directed by Debra

I no longer have a loyalty to genre, in the past I have belonged to Dance, Circus, Physical Theatre and Theatre associations, attending numerous conferences etc. Today I prefer to call myself a performing artist – I value dance, circus and theatre equally, and my directorial process is based on giving performers tasks finding the process most suitable to the particularity of the project is part of the art. I also love to read and visit art galleries and my process is the concatenation of my experiences with these forms. I am an improviser, as a mother artist this is an efficient, effective practice that is an end in itself, but, also stimulates and exercises the craft/s of director and performer. In improvised performance my instincts prevail; faster than my rational, intellectual understanding of what I am doing, saying or singing, it is the accumulation of over twenty five years of performance experience and never ceases to surprise me, this work often informs other work that I am directing or making.

More recently I have begun making and performing solo work between directing projects. One of my recent favourites is about the older physical performer in a culture that is enraptured with youth and obsessed with marketing. At the beginning of this work I request that no video footage (including archival) be taken. ‘Art is Uplifting?’ has been performed just three times, once being at the Tasmanian Circus Festival in 2013 with my fourteen year old son in the audience. Although the work received a very favourable response, it might have been uncomfortable with his mum on stage wearing trousers with braces attached to her nipples. The following morning as we made breakfast under the trees he said… ”for what it is worth, I didn’t like your act and everyone thinks your mad”! Less than a year later his point of view had changed. At the Mullumbimby circus festival in 2014 he created and performed his own ‘ladder act’.  It was very funny. Although he is, in my opinion, a very gorgeous mover, he performed in my friends dance film recently, he insists that he is not interested in performing and science is his thing. He doesn’t realise, yet, how similar they are. Creativity does not belong to the arts. 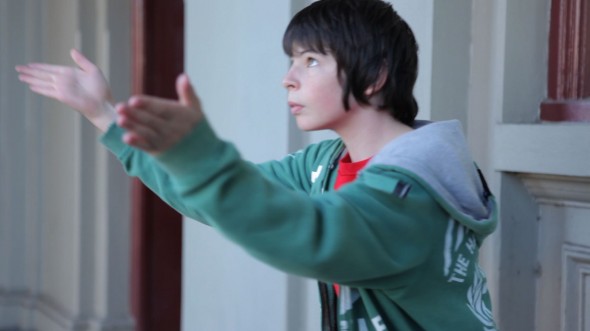 My son is now 16, recently he told me he needed to shave, when I asked if he needed any help he said no there is lots of advice and videos on you tube. Today it is 3.35pm the hair salon in Northcote calls, I am on tour in Gladstone Queensland, we have a day off before bumping  in. Apparently Cosmo has an appointment for 3.30. I call his mobile, he is running 5 min late but on his way. He accepts my suggestion to inform the hairdresser. The salon has my number as his contact, one of those remnants of the younger, less independent, child. I am grateful for these small details that keep me connected to him and, perhaps, more involved than he might prefer…